When I first did research into structure, I found the typical “beginning, middle and end” type material. I felt this was far too unsophisticated to be the basis I wanted to hinge all my writing on for online. It is just too simple.

Then I discovered that Aristotle was the first philosopher to outline a construct and some serious thinking around the structure of plays written in his time. He first identified the rule of three, but called it (i) Complexity, (ii) The Knot and the (iii) Unravelling.

The moment I read this, I knew the broad direction I wanted to go. Aristotle was talking about the idea of contextualising, but also a “golden thread” of the message, which has to be ever-present to give us a direction and keep the focus of the piece on track. 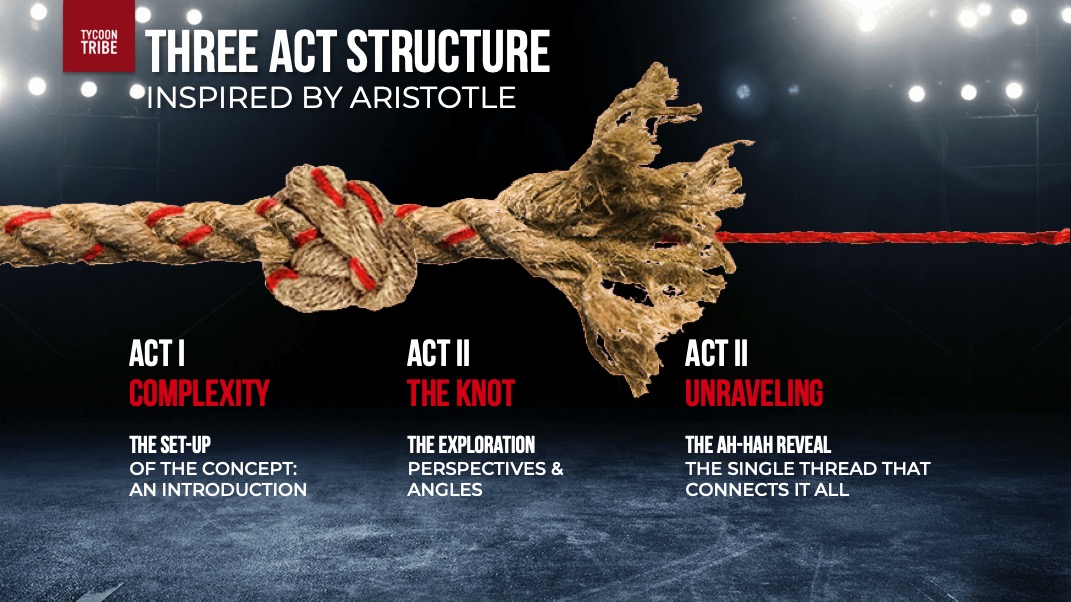 But you have to go deeper to understand how modern online audiences work. They learn structure from Hollywood, and it happens through watching popular movies and series online or on TV.

Scriptwriters adhere strictly to formats and structures, gleaned from how audiences move in and out of (originally Broadcast TV) but also when consuming online series. They employ specific tools to build an audiences connection with the Hero character. They have tools to straighten empathy (use of different frame of shots, editing, music and more) and they also have specific moments they engineer to hook the audience, engage and pull them deeper into the storyline.

It would be foolish to think this all happened as organically and effortlessly as actors would have you believe. If a viewer doesn’t engage in the first minute, they stand little change of seeing the end of a 48-minute episode, let alone return to see the second one. The success of a series depends ON EVERY MOMENT of the script, and therefor every moment of screen-time.

Why should it be different for online audiences watch your next video clip?

The Classic Three Act Structure for Feature Film, was first identified by Syd Field and outlined in his book, The Screenwriter’s Handbook. I love the timeline of this concept, which works really well as base for short-form too. Be sure to watch this space for more about my online course, where I will explain in far more depth and teach applications on these concepts to short form online video messaging. 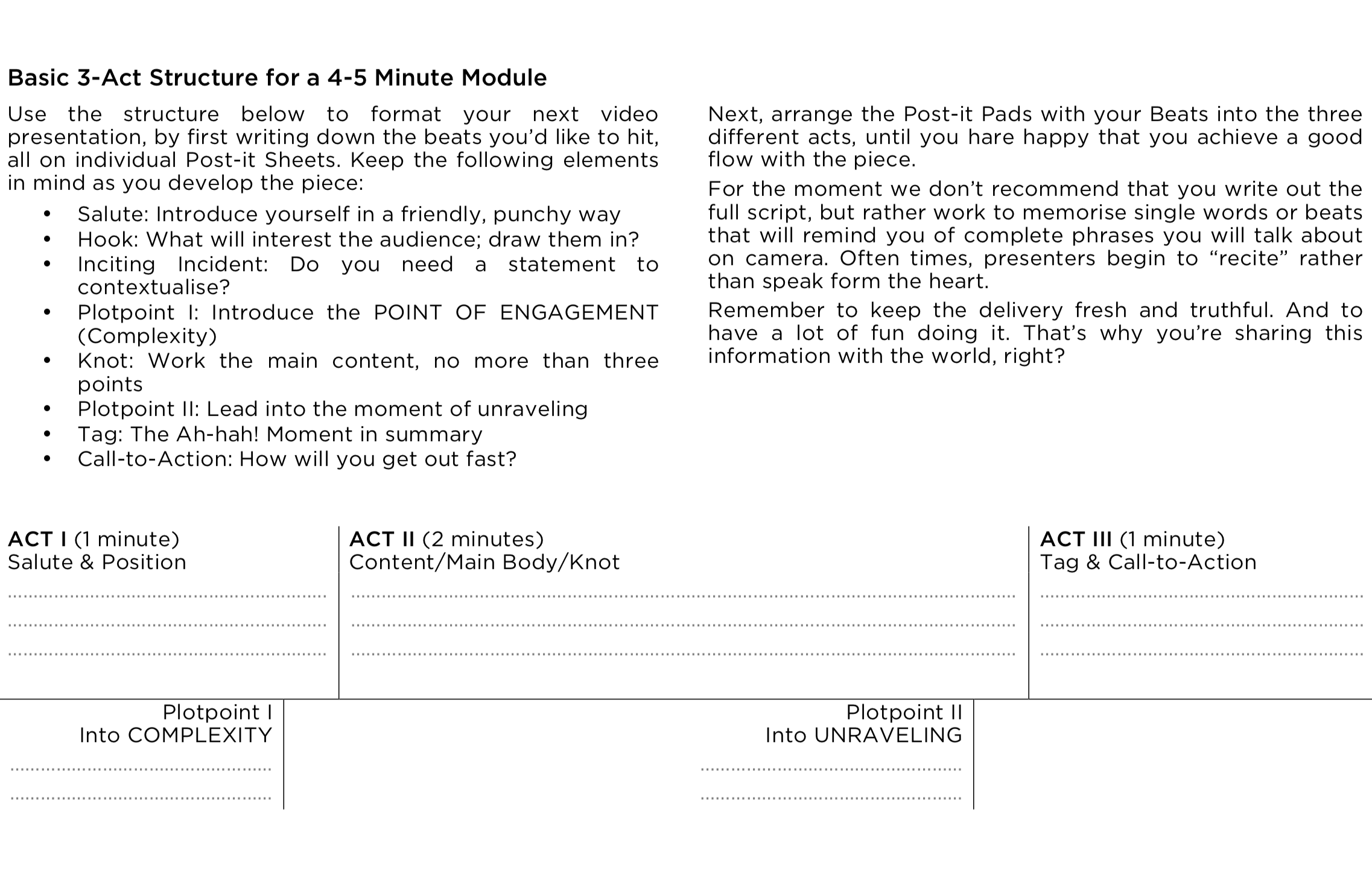 Back to BLOG
We suggest moving this party over to a full size window.
You'll enjoy it way more.
Close
Go Fullscreen